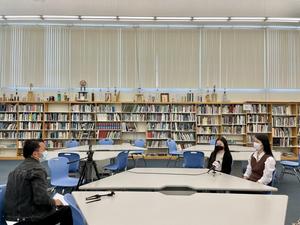 Winners at the county level go to the state level in Sacramento. Then the top two entries in each category in Sacramento advance to nationals, which typically take place in the Washington, DC area.
According to South City High history teacher Rhonda Clements, it is extremely difficult to win at the state level in California, because there is so much competition.
“We’ve had this particular topic [Chinese Exclusion Act] go to state many times and make it to the final round at state, but we’ve never won the state of California,” said Clements. “I was thrilled the girls were able to make it, because they are such outstanding students and for the hard work they put into it [the project].”